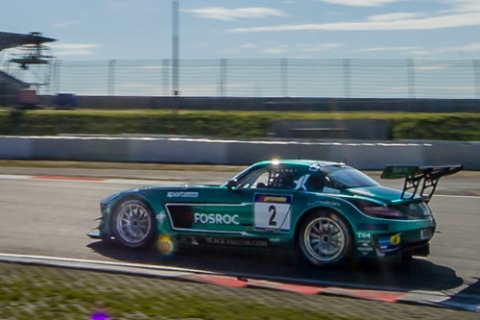 Since 2011, the SLS AMG GT3 is being delivered to customer sports teams around the world. Until 2015, 13 of the 100 vehicles produced were provided to Black Falcon.

The racing version of the gullwing fascinates through spectacular design and thoroughbred motorsports technology. Developed according to the GT3 regulations of the International Automobile Federation FIA, the SLS AMG GT3 is designed as a customer sports car for sprint and endurance races. The gullwing knows to convince through a unique passive safety system consisting of a steel cell in conjunction with a massive seat shell made of carbon fibre composite material, so that one can safely say this is the safest GT3 car on the market.

In addition to numerous wins in the VLN Endurance Championship, as well as at the 24h race in Dubai and 12h race in Abu Dhabi, Black Falcon was the first and so-far only team to win the popular 24h race at the Nürburgring in a Mercedes in 2013.