Porsche Carrera Cup Germany - Races 13 & 14
The penultimate race weekend of the Porsche Carrera Cup Deutschland held some ups and downs for the BLACK FALCON Team TEXTAR. Loek Hartog (#4) put his Porsche 911 GT3 Cup on the grid in third (Saturday) and fifth (Sunday) overall with a very good qualifying. The 19-year-old was thus the fastest rookie driver in qualifying on both occasions. The weekend also got off to a promising start for ProAm record winner Carlos Rivas with two second-place starts in the ProAm standings.
In the first race on Saturday afternoon, Hartog got off to a good start but had to avoid a collision in front of him already in the first corner and was thus thrown back to the end of the field. Thanks to consistently fast lap times and several overtaking manoeuvres that were worth seeing, he fought his way back to eleventh place in the course of the race and was ultimately classified as the third best rookie. The race did not go well for Rivas either: after taking the lead in the ProAm classification at the start, he dropped back to second place when the race resumed after a safety car phase. A short time later, he lost several positions due to a spin while trying to regain the lead. The Luxembourger then proceeded to do damage control and, after a strong recovery, secured a visit to the podium in third place in the ProAm standings as well as important championship points.
In the second race of the weekend on Sunday, the two BLACK FALCON drivers were again very unlucky. Hartog was rudely sent into the gravel trap by a competitor on the first lap, through no fault of his own, and thus dropped back to the rear of the field once again. As on the previous day, the Dutchman started a strong recovery and fought his way up to twelfth place overall and third place in the rookie classification. He now travels to the season finale at the Hockenheimring with a slim two-point lead in the Rookie Championship. Carlos Rivas' race on Sunday got off to an action-packed start with several touches in the starting phase that had a negative impact on the balance of his Porsche 992 GT3 Cup. The Luxembourger was eventually classified sixth in the ProAm standings, but continues to lead the ProAm championship with 35 points advantage just two races remaining.

ADAC GT4 Germany - Races 7 & 8
Axel Sartingen and Daniel Schwerfeld secured another podium finish at the fourth race weekend of the ADAC GT4 Germany at the Sachsenring. The experienced drivers, who are competing in the TEXTAR-branded Porsche Cayman GT4 with starting number 33 this season, qualified fourth fastest in the Trophy classification on Saturday. After an intense race with many fights for positions, they were thwarted by a slow puncture a few laps before the end and still finished seventh in the Trophy category. On Sunday, the duo qualified as the third-fastest car in the Trophy classification. In the race, Sartingen and Schwerfeld took advantage of the good initial situation and rewarded themselves with third place in class and a visit to the podium of the Trophy class after a flawless performance.

Timo Frings, Head of Motorsport at BLACK FALCON:
"We experienced a difficult weekend. For the Carrera Cup, we were very confident after qualifying and thought we had a good chance of podiums from Loek and ProAm wins from Carlos - but we simply had too much bad luck in the races, the results in no way reflect our potential. In GT4 Germany, Axel and Daniel did very well delivering rapid lap times. I'm very pleased that they rewarded themselves with a podium finish after the puncture in the first race on Sunday by delivering a flawless performance."

On the social media channels of BLACK FALCON you can find continuous updates about the current season: 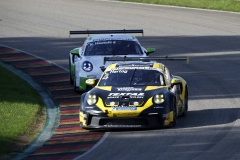 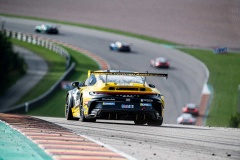 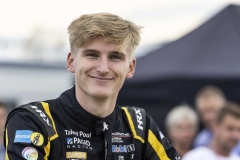 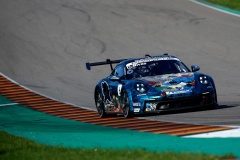 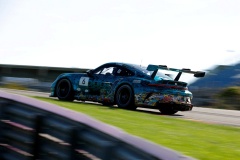 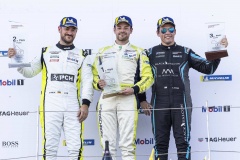 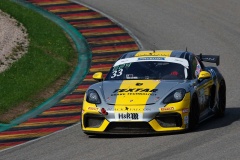 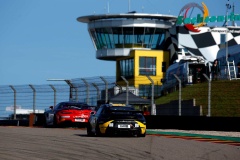 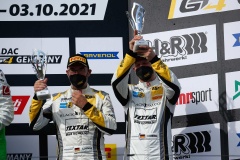