BLACK FALCON back in GT3 racing at the Nürburgring

BLACK FALCON returns to the top SP9 class for the first time since 2019 with a Porsche 911 GT3 R at rounds 8 and 9 of the Nürburgring Endurance Series (NLS). The BLACK FALCON Team IDENTICA 911 GT3 R will be driven in all races by IDENTICA regulars Noah Nagelsdiek, Florian Naumann and Hendrik von Danwitz. The two races with the 911 GT3 R mark the highlight of the cooperation between BLACK FALCON and IDENTICA so far.

About the support for young talent by BLACK FALCON Team IDENTICA
Since the start of the partnership in 2018, BLACK FALCON and IDENTICA have been supporting promising young drivers as part of the Nürburgring Endurance Series and the Nürburgring 24h Race. The aim of the support programme is to optimally prepare young talents for the challenges of professional motorsport. A Mercedes-AMG GT4 was initially used as part of the multi-year training programme. In 2018, the IDENTICA drivers drove to the vice-champion's title, followed by the championship title in the SP10 class in 2019. For the 2020 season, they switched to the more powerful Porsche 911 GT3 Cup MR in the SP-PRO class. With this car, the young drivers have the opportunity to prepare themselves for the aerodynamics and cornering speeds of a GT3 vehicle on a comparatively moderate budget. Former BLACK FALCON Team IDENTICA driver Tobias Müller recently proved that this strategy works: after winning the SP10 title in 2019, he continued to attract attention in 2020 in the IDENTICA Porsche 991 GT3 Cup MR with impressive performance. Since the start of the 2021 season, Müller has been signed up by various teams for professional races with GT3 cars and impressed from the very first race, thanks to the optimal preparation at BLACK FALCON Team IDENTICA.
In a consistent continuation of the development programme, BLACK FALCON and IDENTICA now enable their young drivers to compete in a thoroughbred, BLACK FALCON-owned GT3 car. Noah Nagelsdiek, Florian Naumann and Hendrik von Danwitz are thus given the opportunity to recommend themselves for higher tasks with strong individual performances in the top SP9 class, in addition to a personal assessment of their performance.

Alexander Böhm, Managing Director BLACK FALCON:
"Since its foundation more than 15 years ago, the support of young drivers has been an integral part of the BLACK FALCON philosophy. In addition to four VLN junior titles, BLACK FALCON was the first team ever to win the VLN championship title exclusively with junior drivers in 2011. Adam Christodoulou, Manuel Metzger and Tobias Müller are just three examples of the many drivers we have had the pleasure of accompanying on their way to becoming professional racing drivers together with our partners. IDENTICA and BLACK FALCON have already enjoyed a successful partnership for four years. That's why I'm particularly pleased that BLACK FALCON is able to make its return to the GT3 stage together with the IDENTICA drivers. Noah, Florian and Hendrik have been convincing in the Cup MR at the races so far this season. We are more than excited about the first appearance of the 991 GT3 R in the BLACK FALCON Team IDENTICA!"

­On the social media channels of BLACK FALCON you can find continuous updates about the current season: 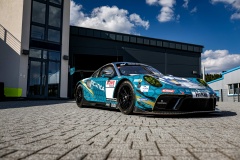 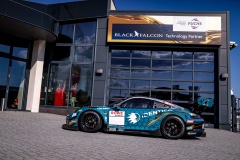 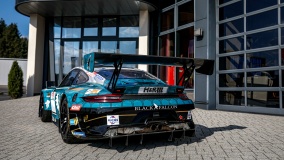 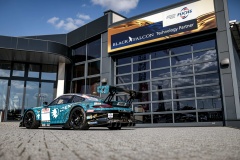 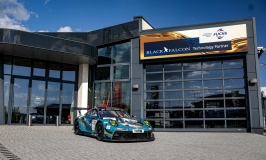 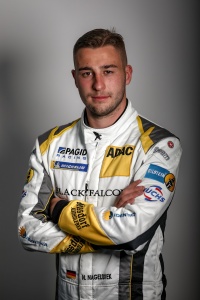 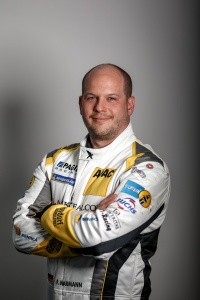 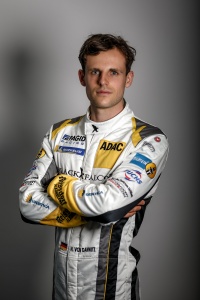 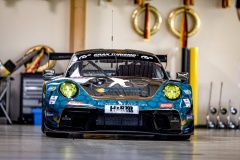