On 14th July 2021 the region around the Nürburgring was hit by one of the worst natural disasters in the history of Germany. In the district of Ahrweiler, which includes the Nürburgring and the BLACK FALCON buildings, at least 134 people lost their lives and 73 people are still considered missing.

The situation in the Ahr valley is catastrophic: more than 400 buildings were completely destroyed, 3,000 others were severely damaged. Thousands of people have been made homeless by the flood or live in houses without electricity and running water. The infrastructure of the Ahr valley was badly hit. Almost all bridges over the river Ahr have been destroyed, and it will take many years to repair roads and railway lines. Several districts in the Eifel have also been badly affected.

The disaster was followed by a tremendous wave of willingness to help. BLACK FALCON employees also donated relief supplies, brought them to the collection points and, in some cases, actively participated in the clean-up efforts. Fortunately, the willingness to donate among our customers, drivers and partners has also been great. For those who would like to donate for the first time or again, we have attached the donation accounts of the four most affected districts in the region around the Nürburgring.

The BLACK FALCON corporate group will provide a total of 10,000.00 € from its own funds and distribute this amount among the four districts. In addition, we will auction off a total of 50 race taxi rides within the NLS until the end of 2022 for the benefit of flood relief. In view of the extent of the damage, however, we are aware that it will take a long time to rebuild the region. In this context, it is particularly important to maintain the support even after the media interest has died down. Therefore, we would like to get involved in long-term reconstruction aid in particular.

Our idea is to support individual projects together with interested private individuals and companies from our network in the form of financial, material or organisational aid and to document the progress of the projects. As a first project, we are currently providing replacement vehicles with the help of one of our customers for the DRK Fachklinik Bad Neuenahr, whose vehicle fleet was destroyed in the floods.

We ask those of you who would like to get involved on a permanent basis to send a short message to contact@black-falcon.de so that we can inform you directly about future projects.

Donation accounts of the affected districts in the Nürburgring region 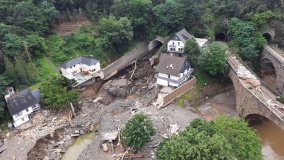 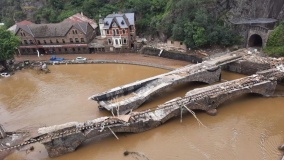 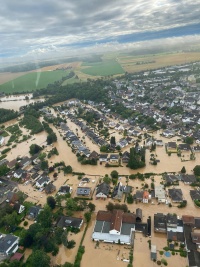