At the first double event in the history of the Nürburgring Langstrecken-Serie (NLS), BLACK FALCON put in an outstanding performance and achieved a perfect result. After both 4-hour races, the two race cars, the Porsche 911 GT3 Cup MR SP-PRO #350 of the BLACK FALCON Team IDENTICA and the Mercedes-AMG GT4 #155 of the BLACK FALCON Team TEXTAR, crossed the finish line as best in their class. Furthermore, the IDENTICA Porsche was the best placed car outside the GT3 category in both races.

The second round of NLS took place as usual on Saturday. Marek Böckmann (Germany), Tobias Müller (Germany) and Carlos Rivas (Luxembourg) secured a place among the GT3 cars in qualifying and started from 26th position overall. In the race, the driver trio impressed with consistently fast laps and an all-round strong performance, just like at the season opener two weeks ago. After four hours of race distance, the IDENTICA Porsche crossed the finish line in 22nd place overall, ahead of several GT3 cars.

On Sunday the third race of the season followed based on the same schedule. In qualifying, the #350 team improved on the previous day's time by almost ten seconds and was even quicker than some of the cars in the SP9-PRO class, which is made up exclusively of racing professionals - another milestone in only the third race with the new car. In the race, the team followed a similar tactic as the day before, which, thanks to perfect execution, gave the IDENTICA Porsche an outstanding 19th place overall.

At the NLS "Double-Header" the BLACK FALCON Team TEXTAR sent two different driver crews into the race. On Saturday, Maik Rosenberg (Germany), Stephan Rösler (Germany) and Tristan Viidas (Estonia) shared the driving time behind the wheel of the Mercedes-AMG GT4 #155. In qualifying, they set the fastest time in class with the 500+ hp AMG. In the race they followed up on their excellent qualifying performance and secured an unchallenged start-finish victory after 26 laps.

For the third race of the season on Sunday, Marco Müller (Germany) joined Rösler and Viidas as third driver and took over from Maik Rosenberg as scheduled. Müller celebrated his BLACK FALCON debut at this race and convinced team and driver colleagues from the very first minute in the car. In qualifying Müller, Rösler and Viidas secured pole position in the SP8T with their AMG GT4 #155. Once again the trio took advantage of the good starting position in the second race of the weekend and secured the third SP8T class win for the BLACK FALCON Team TEXTAR in the third race of the year.

"Many thanks to the whole team! The NLS Double-Header could not have gone better for us. In the SP8T we have achieved the second and third class win with the TEXTAR AMG GT4 and are the team to beat in the class as we were in the previous year. With the IDENTICA Porsche 911 GT3 Cup MR SP-PRO we have improved further after the strong start at NLS1. We are now even closer to the GT3 cars and were again able to beat some GT3s", said Timo Frings, Head of Motorsport at BLACK FALCON.

For BLACK FALCON the next race is scheduled for the first weekend in August. As usual, the fourth round of the Nürburgring Endurance Series will last over four hours. Detailed information will follow shortly on the social media channels of BLACK FALCON: 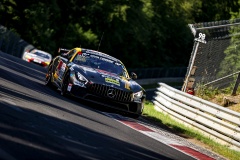 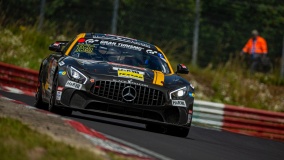 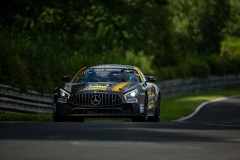 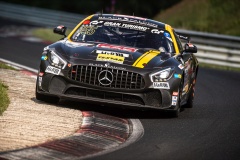 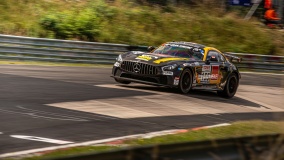 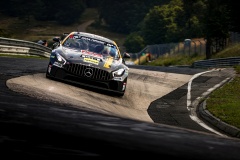 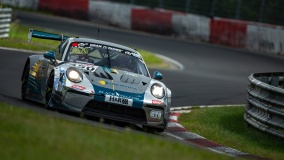 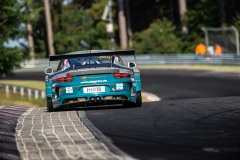 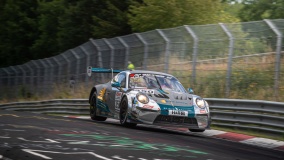 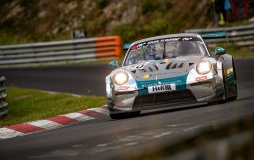 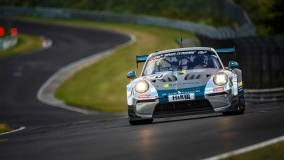 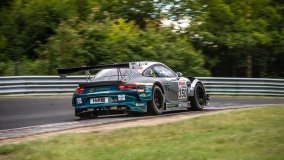